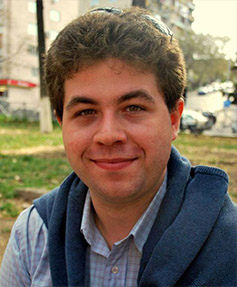 Gabriel BREZOIU Trainer, General Manager at GEYC
Gabriel is a Romanian trainer and project manager specialised in the non profit field at national and European levels. He has over 7 years of experience in youth projects focusing on social media, project management and communication. He is a Founding member of GEYC and the initiator and Program Manager of GEYC Resources Center. He has been trained in over 10 European countries on various topics. 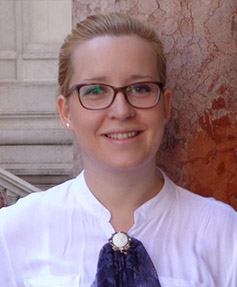 Diana-Adela IONIȚĂ Communication Specialist
Diana is a communications specialist, European project manager and youth trainer. She has 6 years experience in nonprofit sector and various hats on her resume, ranging from working as a PR & community manager, cultural and educational event coordinator to workshop facilitator and investigative journalist. She has been trained in intercultural environments on various topics such as media, global education and development, project management, or human rights. 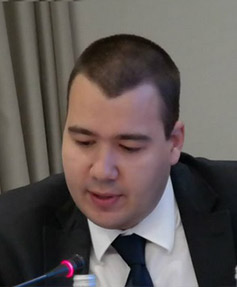 Alexandru CLIMESCU Researcher INSHR-EW
Alexandru Climescu has graduated from a Master of Arts in International Relations at the Faculty of Political Science within the University of Bucharest in 2011 and has since been a PhD candidate enrolled at the same institution. He is currently a researcher at the „Elie Wiesel” National Institute for the Study of Holocaust in Romania. His research interests include legal approaches of right-wing extremism, Holocaust public memory, the acquittals of war criminals during post-communism. In 2013 and 2016 he carried out projects for the monitoring of online and offline Romanian right-wing extremism, antisemitism and anti- Roma hate speech. Recent publications: Law, Justice and Holocaust Memory in Romania in “Holocaust Public Memory in Post-communist Romania”, (Ed.) Alexandru Florian, Indiana University Press, 2017; The Holocaust on Trial. Memory and Amnesia in the Case of Romanian War Criminals, in “Holocaust. Studies and Research”, no. 1 (8) / 2015, pp. 307- 320; Post-Transitional Injustice. The Acquittal of Holocaust Perpetrators in Post-Communist Romania in “Holocaust. Studies and Research”, no. 1 (7) / 2014, pp. 145-157; Online Right - Wing Extremism in Romania, Friedrich Ebert Stiftung, 2014.

Victor NEGRESCU Romanian MEP
Victor Negrescu is a Romanian politician, the youngest Romanian MEP elected at the European Parliament in May 2014. He is an active Member in the Progressive Alliance of Socialists and Democrats in the European Parliament and a permanent Member of the Committee on Budgets and the Delegation to the ACP-EU Joint Parliamentary Assembly. He is also a Substitute Member in the Committee on Legal Affairs, Committee on Constitutional Affairs, Delegation for relations with Canada.Victor Negrescu came to the Parliament with a set of projects aimed at facilitating access to European funds for EU Member States, the promotion of European Guarantee for Health and standardization requirements of EU education systems so that students from Member States should not be forced anymore to equate their studies. He is the initiator in Brussels of the project called “Delegation of Transylvania and Banat” close to the European Union, which promotes local values of the region of Transylvania in the European Parliament. He is the first Romanian MEP who brought in discussion and analysis a Pilot Project – Access to Health for people in rural areas. 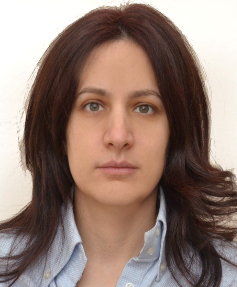 Kristina Ćetković Project Manager of "Balkan without hate" Project for "35mm" NGO and Media Program Coordinator at "Civic Alliance"
Graduated from Higher Physiotherapy School, Kristina desired to contribute to the community and development of a better and fair society, so she enrolled the University Course “Leadership and development work with youth”, started to volunteer and then to work in Forum MNE (Youth Forum and informal education), finished Specialist Studies, Department for Journalism, and currently attends Master Studies – Public Relations. She has experience in journalism and youth work. From informal education she has, Kristina especially emphasizes the “School for Journalism” organized by the Institute for media Montenegro, “School of Gender Studies” implemented by the Office for Gender Equality of the University Mediteran and UNDP and “School for Democracy” of Center for Civic Education. She is one of the founders of NGO “sPas” that is dealing with the protection of animals.